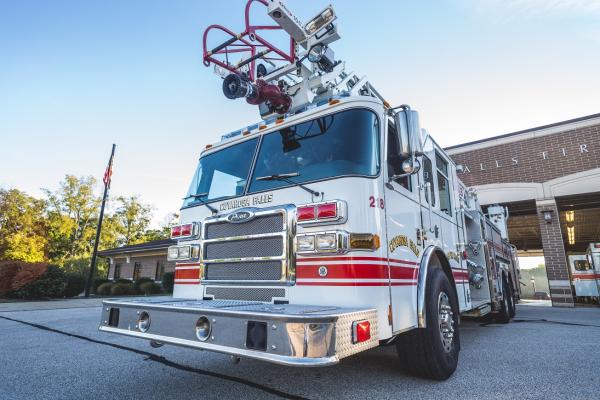 Not only is the Cuyahoga Falls Fire Department full of valiant heroes who put their lives on the line every day, but its team also takes time to work with organizations making an impact on our everyday lives.

To date, two Line of Duty Deaths have occurred on the Cuyahoga Falls Fire Department.

On March 9, 1937, Captain M. Earl Weirick (age 44) suffered smoke inhalation while fighting a grass fire and died of a heart attack on his way home the following morning. He was a 23-year veteran of the department and was laid to rest at the Oakwood Cemetery in Cuyahoga Falls.

Fire Fighter Frank Schumann (age 33) passed away on the morning of December 15, 1957. Just before 4:00 am that morning, CFFD was summoned to the intersection of State Road and Maitland to flush gasoline from the roadway after an auto accident. The water used to flush the gas and the cold temperatures combined to present an icy hazard, so salt was ordered to the scene. Fire fighters Schumann and John Moore (age 22) were unloading the salt from the rear of a pick-up truck when a car (driven by a drunk driver) struck the rear of the pick-up, crushing FF Schumann between the car and the truck. FF Schumann, the father of two small children and a 3-1/2 year veteran of the department, died of multiple, internal injuries at Akron City Hospital less than nine hours after the incident. He is laid to rest at the Bethlehem Cemetery in Malvern, Ohio.

The collection starts shortly after Thanksgiving and continues until the night before Christmas Eve at Fire Station #2. The cards are divided equally and several families are selected. On Christmas Eve and/or Christmas day an on-duty Fire Department crew, in cooperation with the chief officers of the department, deliver the gift cards to each family. Families selected to receive the gift cards are done so by committee, with assistance from Good Neighbors, Inc., a local non-profit organization. The selection process is done so secretly and there is no announcement to the families prior to delivery of the gift cards.

The Cuyahoga Falls Fire and Police Departments challenge each other to a friendly competitive basketball game each year in support of the Falls Cancer Club, bringing the community together for a great cause.

In communities all across the United States and Canada you’ll find the local Fire Fighters accepting donations into their signature fire boots. Walking along streets, in front of supermarkets, or at sporting and entertainment events these men and women whom have pledged their lives to serving their communities collect money for the Muscular Dystrophy Association (MDA) every year. The MDA has been focused on the eradication of forty different neuromuscular diseases since 1950; since 1954 the International Association of Fire Fighters (IAFF) has been the largest sponsor of their efforts. The Cuyahoga Falls Fire Fighters IAFF Local 494 have been filling their boots in support of MDA for years. Recently we’ve begun to set up shop at Blossom Music Center prior to several concerts each season. In cooperation with the venue, IAFF collects an average of $20,000 each year in Cuyahoga Falls, alone, making a difference for families affected by MDA.

Since 1998, Operation Warm has strived to provide one gift - warmth! Operation Warm inspires hope and empowers communities by providing new winter coats to children in need throughout the United States. The need to provide coats for less fortunate children exists in communities all across America. Some estimates place the number of children living in families whose incomes fall below the federal poverty level at 16 million. In 2012 the International Association of Fire Fighters (IAFF) partnered with Operation Warm to become the engine that moved the actual manufacturing of the coats distributed to be done in America. Through the partnership, fire fighters all across America have expanded the mission and reach of Operation Warm to support jobs for Americans, and also impacts the lives of children in their own communities. Cuyahoga Falls Fire Fighters IAFF Local 494 began their push to provide coats to children in our community through Operation Warm in 2014. We raise funds through charity events and via a donation site found online. Every year, we are able to help nearly 50 children in need living in Cuyahoga Falls. 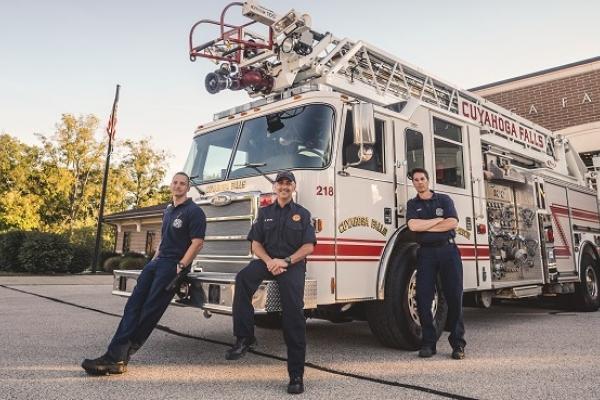