Mayor Don Walters was born and raised in Cuyahoga Falls and attended Lincoln Elementary, Roberts Middle School and Cuyahoga Falls High where he developed a deep love for the city and its residents.

His parents taught him the value of being honest, pro-active, collaborative, and, most importantly, hardworking.

The mayor started his professional career with Bisson’s Grocery Store, formerly located on Graham Road, while still in high school. Throughout his time there, he attended the University of Akron and the National Institute of Technology and honed his leadership skills while working his way into an administrative position.

In 1989, Mayor Walters moved to Roadway, now known as YRC Worldwide, where he worked in Operations and Logistics.  He understood commitment, during his 23 years with YRC, but he also made time for his true passion - serving his community.

The mayor was first elected to Cuyahoga Falls City Council in 2001. Throughout his 12-year tenure, he applied his knowledge of the city and his fervent belief in Cuyahoga Falls neighborhoods. He took leadership roles on the Finance Committee, Public and Industrial Improvements Committee, Public Affairs Committee, Moral Claims Commission, and Traffic Committee. The mayor continued to serve in those capacities until he became Mayor on January 1, 2014.

Mayor Walters and his wife Stephanie are proud parents and grandparents. 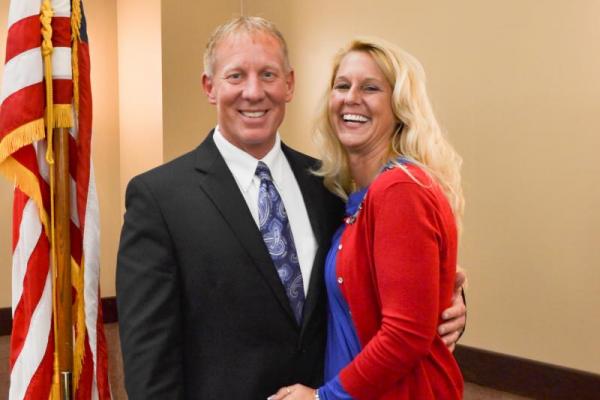