On Monday, January 13, 2020, current Director of Law Russ Balthis submitted his letter of resignation to the City of Cuyahoga Falls after accepting a position with the nationally recognized public and infrastructure practice group at the law firm of Squire Patton Boggs. His last day with the city will be January 28, 2020. Balthis has served as the city’s director of law since January of 2014.

“Russ has been an essential part of my administration and one of my most trusted advisors and I could not be prouder of his commitment, dedication, and drive to serve our city. Squire Patton Boggs will benefit greatly from his expertise and experience,” stated Mayor Walters. “As he begins this next chapter of his career, I am grateful that he plans to remain engaged, involved, and invested in our community.”

“It has been the honor of a lifetime to serve the City of Cuyahoga Falls as part of the forward-thinking, transformational leadership team of Mayor Walters,” said Balthis. “I am proud that I was able to play a vital role in projects that have moved the city forward such as the redevelopment of Downtown Cuyahoga Falls and bringing the County of Summit DD Board headquarters to our city. As a resident of Cuyahoga Falls, I am thankful for the city’s growth and success and will look for new and innovative ways to serve this community that I call home.”

“I am both excited for and humbled by the opportunity to serve the residents of Cuyahoga Falls as the Director of Law, pending confirmation from City Council,” remarked Ciotola. “I have spent most of my entire law career as a public servant and look forward to continuing to work in this new capacity.” 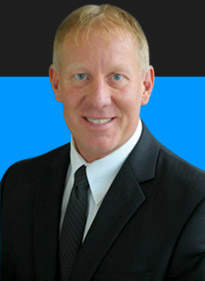